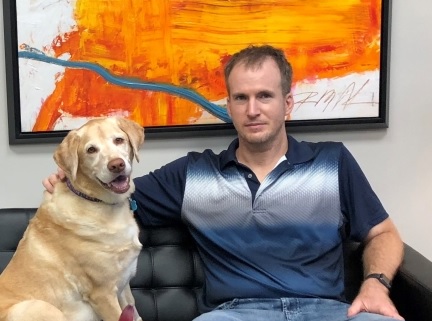 P. Christopher Wegner is an entrepreneur and the founding attorney at Wegner Law PLLC. He is one of the only attorneys in Southwest Florida with significant experience in sophisticated business and tax law matters and is recognized as one of the leading innovators in bringing that experience to small and mid-sized businesses who cannot always afford to engage larger law firms in South Florida.

Private equity funds and investors from the U.S. and Europe have come to rely on Chris’s ability to bring value to businesses and often turn to Chris to see to the legal needs of portfolio companies across the country. These investors repeatedly turn to Chris because of his proven ability to solve a wide range of problems and knack for discovering areas for improvement or opportunity that most attorneys miss.

As a result of the reputation Chris earned working with investors and investments in the area, Naples Accelerator, the collier county based public-private partnership tasked with cultivating local startups and attracting companies from around the globe to Naples and Immokalee recognized Chris’s unique legal skill set and approachable manner as an asset to many of the small and mid-sized businesses in the area. In early 2017, the Naples Accelerator even engaged him to provide essential legal services to these growing companies.

In addition to the general business and corporate law services he provides to emerging and established companies in Southwest Florida, Chris works with multi-national corporations on difficult domestic and international tax issues including, multi-million dollar mergers and acquisitions as well as transfer price exams and other bet-the-company IRS audits. Chris has also served as lead counsel on a $100 million merger involving parties in seven countries across North and South America after other lawyers were unable to bring the sides together. In this capacity, Chris not only oversaw the very intricate tax law issues but also created a new type of security that allowed the acquirer to monetize their intellectual property and complete the merger without turning to debt or other sources of money.

Another group of clients that frequently take advantage of Chris’s services is smaller physician’s offices in Naples and Bonita where Chris is able to advise doctors on the business, tax and health care law issues that these offices face. Not only does his tax law background put Chris is a unique position to understand and apply health care law (the tax code and health care regulations are surprisingly similar), but having grown up around the Naples health care industry, he is able to understand the issues and opportunities confronting local doctors like very few other attorneys can.

Chris is a native of Naples, Florida, where he attended Seacrest Country Day School and Naples High School before going to Eckerd College on a tennis scholarship (he would later transfer to Florida Gulf Coast to finish his undergraduate degree). Between college and law school, Chris worked as an accountant and business consultant for his father’s accounting firm off of Tamiami Trail.

While in college, Chris co-founded a small technology company that eventually went public and was sold over the counter on the NASDAQ. This experience gives him the rather unique ability to see problems and possibilities through the eyes of the business owner or entrepreneur, as well as through those of an experienced attorney.

Between his time at Stetson and New York University, Chris played semi-pro tennis (emphasis on the semi) where he went 1-26. If asked to describe this time of his life, Chris will proudly say that he lost to the people who lost to the people that you see on television. Today, Chris still enjoys playing tennis, working out the Greater Naples YMCA and spending time with his Labrador retriever: Caleigh.